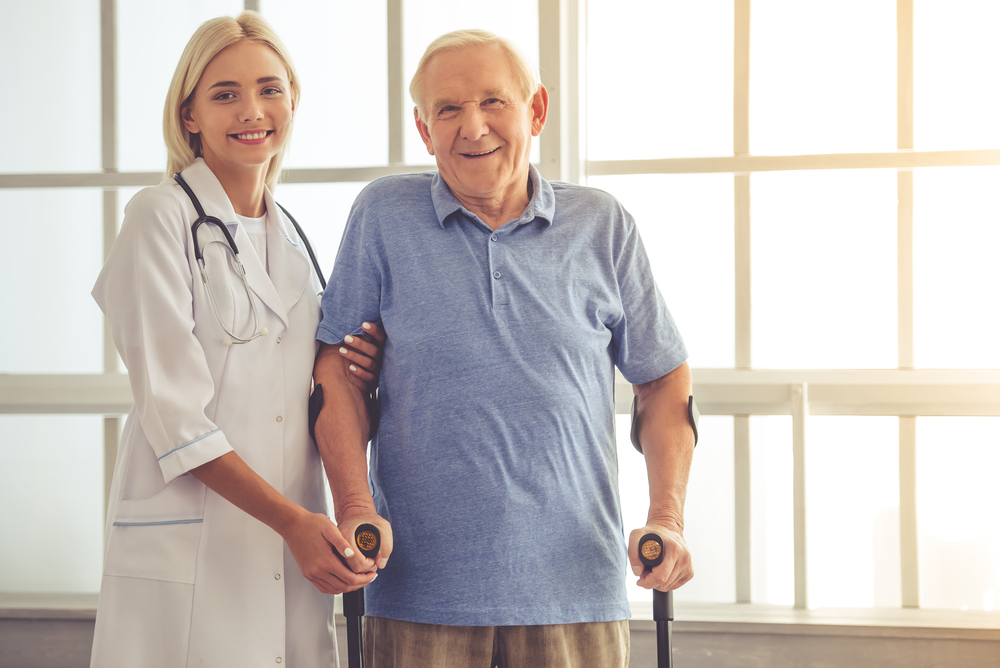 “I remember a lot about the day it happened,” he writes.

“The fluorescent lights in the principal’s office while I waited to be picked up, the look on my mother’s friend Noel’s face when she arrived at school, the words my mother whispered later that day that would change my life forever: ‘He’s gone.’”

Ultimately, this experience would lead Jordan to become a doctor, following in his late father’s footsteps. But, while Jordan was great at what he did as a medical professional, he eventually realized that he doesn’t living the dream he thought he was.

In Jordan’s new book, A Hospice Doctor’s Advice on Financial Independence, Building Wealth, and Living a Regret-Free Life, he recounts his journey as a medical professional, the life-changing moment his son was born, and ultimately his decision to shift his career, quitting the medical group he was with and moving into a role as a hospice doctor after discovering the financial independence movement.

Jordan’s book is packed with money wisdom and life advice, some of which we will cover, but at its core, his message is this: “Money is a poor way to meet our needs for love, purpose, personal growth, introspection, and service.” Instead, Jordan teaches readers to view money as a tool to serve their values and create true happiness.

Here Are 3 Pieces of Money Advice from Jordan Grumet, MD

1. Define “Enough” Before It’s Too Late

Jordan believes that one of the keys to a good life is to identify what “enough” looks like by conducting a life review.

Jordan writes: “Life review is a holistic and structured process of evaluating one’s past and present, including events and memories, in an attempt to find meaning in and achieve resolution of one’s life.”

Typically, a hospice caregiver will sit with their patient as they reflect on their life.

The goal isn’t to look back with sadness but to identify areas of your life that need attention and devise a plan to remedy any shortcomings. Jordan believes this is important to do with money, relationships, goals, and time.

To do a life review, Jordan recommends the following exercise:

By answering these questions, you begin to understand and identify areas of your life that may be lacking and areas that you’ve fulfilled. Then, you can prioritize and plan to achieve success across different areas.

Next, Jordan believes we should view money as a tool, not the ultimate goal.

To illustrate his point, he tells the story of Jason, one of his podcast listeners. Financially speaking, Jason was set. He and his wife were debt free, had stable W-2 income, and their “investments were on autopilot.” Jason was on the fast track to financial independence.

But, despite all of his financial success, Jason found himself miserable.

Grumet writes: “He had lost interest in his hobbies and friendships. It was a challenge even getting out of bed. He couldn’t understand the sadness he felt given how well his life was going.”

The problem was that Jason believed reaching his financial goals would make him happy. But in reality, all that money was just a tool that Jason could use to live a life he loves. The money in and of itself wouldn’t provide happiness. But he had been so focused on money and wealth that he had forgotten what actually matters: purpose, identity, and connection.

Of course, Jordan believes we should practice good financial habits, but ultimately, we should view money as a tool rather than the ultimate goal.

3. Understand What Drives Us

He tells the story of the three brothers, each unique, embarking on the journey of a lifetime down three separate roads.

He writes: “The eldest of the three brothers was considered the most efficient, so it was unsurprising that he chose a path that was straight and clear of time-wasting roadblocks. The middle brother was a strong walker but easily distracted; there were many detours along the way. And finally, the youngest was known as something of a non-conformist. He neither moved forward too quickly nor got distracted too easily. He was just slow—deliberate.”

The eldest brother swiftly came to the end of his journey, battered and tired but able to enjoy a long period of freedom. The middle brother took his time, reaching freedom years after his eldest brother, but with more energy at the end. And lastly, the youngest brother took even longer, reaching his destination much later than his brothers. But he loved to hike, and “…when he finally reached his destination, he did something neither of his brothers could understand. He turned around and walked back the way he came.” Jordan writes.

Ultimately, each of us will identify with a different brother — some preferring to sacrifice everything to arrive quickly, others choosing to enjoy the journey to financial independence. Keep in mind there’s no right path — the key is to identify what drives us, so we can make adjustments as needed.

For example, if you’re like the eldest brother, in a hurry to reach your destination, you will need to make a concerted effort to slow down and enjoy the journey — it will not come naturally. Alternatively, if you’re like the youngest brother, you will need to emphasize saving for the future, as you can easily focus on enjoying the present moment.

There’s no right or wrong. It’s just about knowing yourself so you can adjust accordingly.

Turn to IMAFS for Help

IMAFS offers wealth management for physicians in Boise, ID. We focus on helping our clients build long-term wealth while maximizing the enjoyment they receive from their money by pairing them with a dedicated CFP® professional! Learn about financial planning for doctors, buying a medical practice, and more when you schedule a free consultation.

Together Is Better: The Benefits of Working With a Financial Planner
September 15, 2022

Physicians, Are You Interested in Taking a Sabbatical?
July 30, 2022

Want to Avoid the Biggest Mistake Many Investors Make? Here Are the 3 Money Habits You Need.
May 31, 2022
Search
Recent posts
Categories
Archives
Go to Top